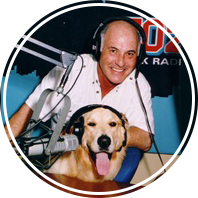 Dr Melvyn Greenberg qualified as a veterinarian in 1973, at Onderstepoort where he received the Pfizer Clinical Prize for the Best Student in Final Year on Clinics. His specialty was in Ethology, the study of animal behaviour. After qualifying, Dr Greenberg setup practice at Wendywood Veterinary Hospital in 1974. He has been the sole owner of the practice since 1980 and today he is the only veterinarian in private practice in South Africa that specialises in Ethology.

He is a pioneer in Animal Behaviour in the veterinary profession in South Africa and was the first veterinarian to introduce puppy socialisation classes to veterinary practices and to the public at large. Dr Greenberg has been involved in the organisation of regional, national and international veterinary congresses, a highlight being the 1994 World Small Animal Veterinary Congress where he delivered a scientific paper in the Veterinary Ethology programme.

Dr Greenberg was honorary chairman of the Sandton SPCA for 10 years.

Having served on several committees for the South African Veterinary Association, it was the chairmanship of the Public Relations Committee that influenced his life most. Representing the veterinary profession on PR led to many newspaper articles and numerous radio and TV interviews. Under his pseudonym “Dr Platzhund”, Dr Greenberg hosted his own radio show on Radio 702 and Cape Talk for 8 years; had a weekly columns in the Sunday Times and Citizen newspapers for 10 years and also wrote for the Your Family Magazine for 17 years. “Dr Platzhund” became famous among pet-lovers around South Africa. Radio 702 presented Dr Platzhund with a Long Term Service Award and in 1995 Dr Greenberg was awarded the Boswell Prize by the SA Veterinary Association for services to the profession.

Dr Greenberg spends most of his free time in the bush, observing and learning about all aspects of nature. His hobbies include reading, completing puzzles and participating in quizzes. He is also a die-hard Everton supporter.

Lot Phatladira is Dr Greenberg’s “right-hand-man”. Lot started working at the practice in 1978.  He is a tireless individual who is excited by saving patients’ lives and discovering novel methods of being more efficient. He assists during all surgery and major procedures overseeing all aspects of the theatre.
Says Dr Greenberg: “Lot is the most dedicated person I have ever met.There is no creature that has walked or crawled through the front door he could not handle in some way or other. His temperament amongst staff and clients is beyond reproach. Anyone who has worked at the practice, from reception to veterinary locum, always asks after Lot.”

Thabitha Lekgothoane daughter of Rosina, is one of the groomers and all-round assistant.

Abednico Poto has been employed for 38 years and was the first groomer at the practice commencing his talent 37 years ago. “The most even-tempered person you can meet and fearless of animals.” says Dr Greenberg. Abednico is also a part-time priest.

Rosina Lekgothoane was initially employed in Dr Greenberg’s residence in 1974 then moved across to the practice to groom, clean and deal with general duties.

Joseph Msomi has been the most recent employee but has excelled in efficiency and diligence from the outset.

“Everyone has been loyal to the practice, enjoys their vocation and are a compatible group”, says Dr Greenberg.